The sardine, with its silvery blue and black hues, darker on the back and lighter on the sides and belly, is found in the northeast Atlantic and the Mediterranean Sea, where it dwells on coastal areas, between 25 and 100 meters deep. It undertakes migrations in large shoals that protect fish from predators during the day, in deeper waters, and move at night-time to shallower waters to feed on algae and small crustaceans. It reproduces from October to April, a time when sardines are leaner and not so tasty. The sardine is the most popular fish in summer festivals and fairs in Portugal, as well as the main species used in the Portuguese canning industry.
$49.00 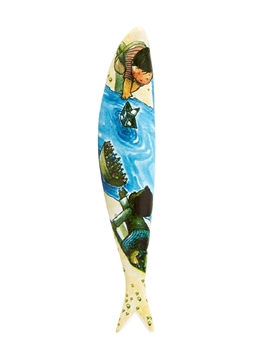 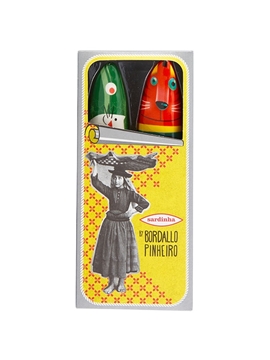 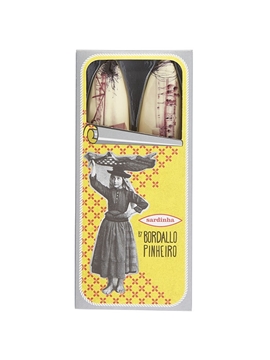 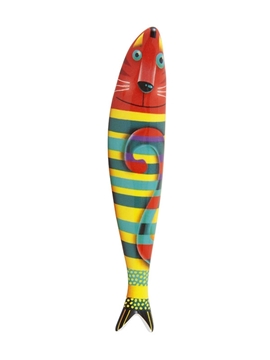 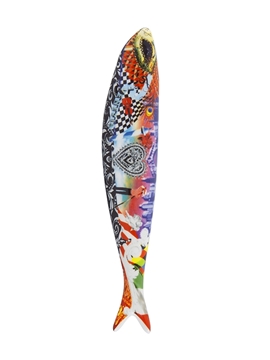 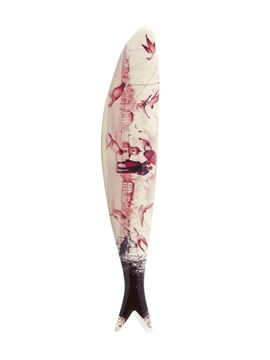 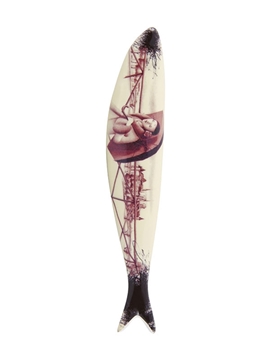 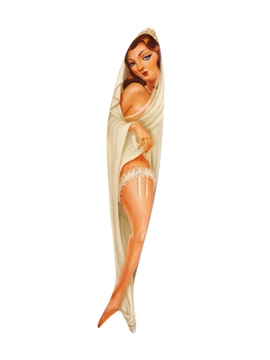 A sassy Sardine Bride that celebrates and honours the Brides of Saint Anthony, the “Matchmaker Saint” of Lisbon popular tradition. Designer: Ana Gomes
$49.00

The forbidden love of crown prince Peter of Portugal and his lover Inês de Castro became eternalized in the history of Portugal. Quinta das Lágrimas, in Coimbra, and Alcobaça Monastery, where the pair were laid to rest in magnificent tombs, are still inspiring places. Peter and Inês are reborn, in love as always, during Lisbon’s festivals! Designer: Rebecca Dautremer
$95.00