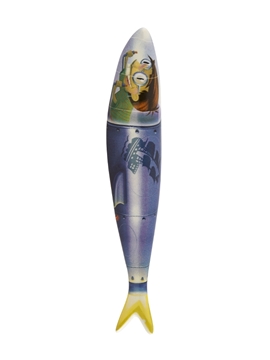 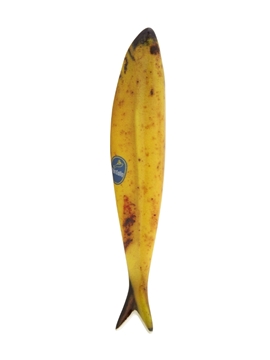 This sardine conveys the festive spirit of a typical Lisbon quarter. Is a window of Alfama full of life, adorned with precept, ready to receive Lisbon festivities, the city’s most colorful nights. Designer: Ana Sofia Gonçalves
$49.00

Bartina is a surfer sardine that dreams of swimming in the warm waters of Mexico. It has fire in its soul but is also very aware of the fragility of life. It’s a Portuguese sardine, but with “salero”. Designer: Ana Lisa Luças
$49.00

Patron symbol of Lisbon, St. Anthony brings in the lap the Child Jesus and bless marriages. Offers to the city a traditional party without rival, in which joy is adorned with sweet basil and the greatest figure is His Highness Dona Sardinha. Designer: Ana Gil e António Caetanio
$49.00 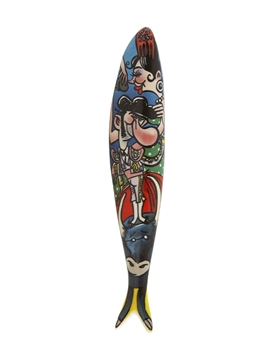 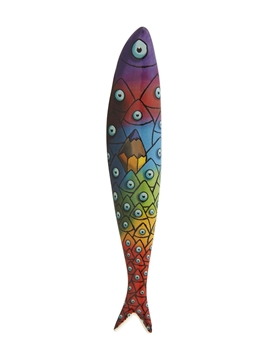 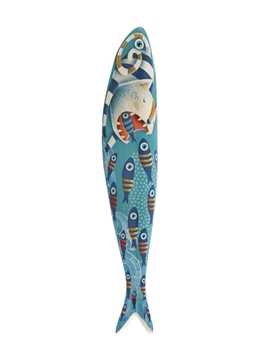 In the universe of sardines, there is always a cat as a black hole… Designer: Elena Ospina
$49.00 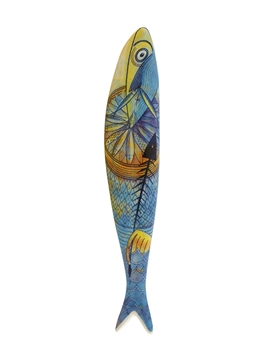 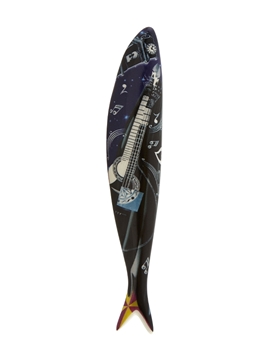 This Sardine in his black gown likes to work and play hard. She is defiantly top of his class! When he is not studying and collecting the colourful university ribbons she likes nothing better than play Fado de Coimbra with his “Guitar” late into the night. This sardine presents the youthfulness, energy and romance that is unique to this city. Designer: Craig Wheatley
$49.00 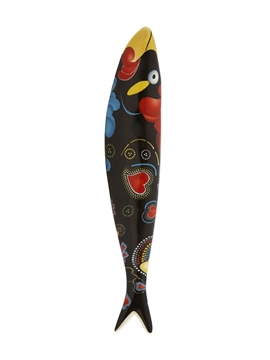 It’s a tribute to the famous myth of the Barcelos rooster that saved a Galician and became part of the folklore and symbolic culture of Portugal. For the artist, since her childhood these colors and this myth in particular intensely refer to the Lusitanian aesthetics. Designer:Raquel Krügel
$49.00 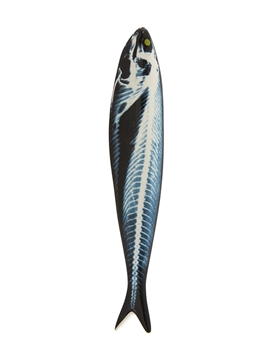 BIO, from high sea LINDA [Beautiful], from fresh and healthy This is BIOLINDA Designer: António Antunes
$49.00 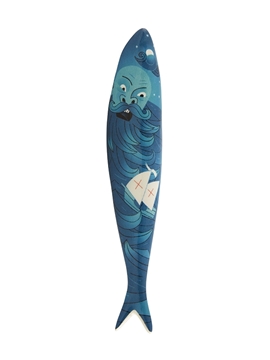 Adamastor is a symbol of the fearless way the Portuguese people face the unknown and difficulties. Designer: Alberto Faria
$49.00 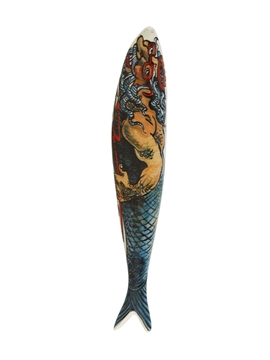 I always loved stories and characters related to the sea. This sardine talks about Triton, the curious fishes and a book of mermaids. Stories about the sea and about love, as deep as the sea. Designer: Marilena Nardi
$49.00 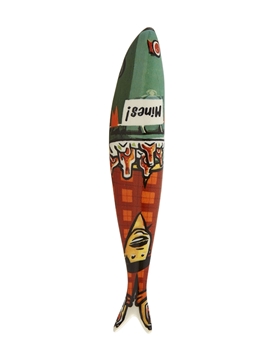 The St. Anthony is synonymous with flooding in our most typical quarters and everything is done to keep the night lively and raise a little cash! A crate, a lot of ice, fresh beers and follow the party! Designer: Rui Fazenda
$56.00 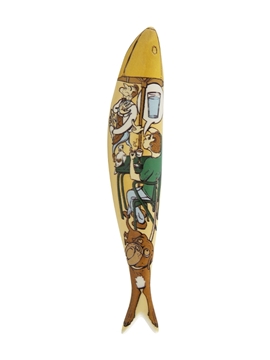 I asked for an expresso at the esplanade / a glass of water and nothing else / the expresso was quickly done / but what about the glass with the water? /why it didn’t come? Designer: António Segurado
$49.00 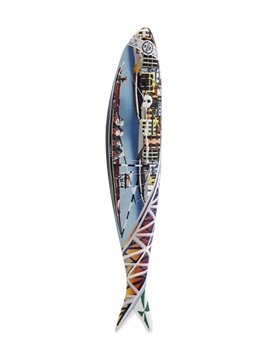 Avant-gardist and revolutionary the Porto sardine is a patchwork of landmarks contrasting from classical to modern, decorative to graphic, art nouveau to industrial. Azulejos (tiles), Ponte D. Luis, Barco rabble, the river Douro, multi-coloured houses, the hustle and bustle of the markets reflecting a fun cosmopolitan city that likes to move and shake with the times. Its own time! Designer: Craig Wheatley
$49.00