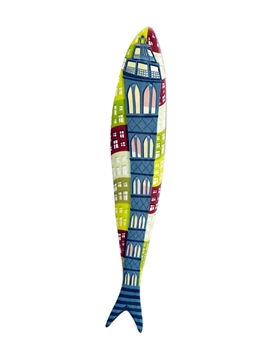 It was just an anonymous and pale Sardine. It sought colour and participated in the “Festas de Lisboa” (Lisbon Festivities). As the event’s icon, it deserved a monumental illustration. So, I tried to create a symbiosis between the sardine and the Santa Justa Elevator. The Santa Justa Sardine, once anonymous and pale, now parades in colour and tradition. Designer: Frederico Lencastre
$55.00