A new phenomenon has taken place at Entroncamento, this time from the water world! A sardine was mysteriously seen running on the train tracks of this town of crossroads. Its origin is not yet known, but it is thought that its fantastic and ingenious appearance is due to the influence of the trains that it saw passing when bathing in the waters of the Tagus. They're out there... Designer: Ana Sofia Gonçalves
$55.00 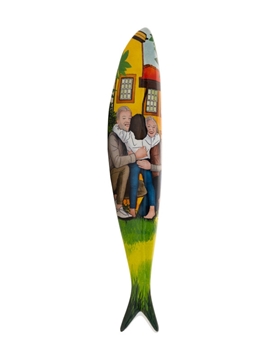 Sardine - The first day of the end of confinement

The winning illustration of a Bordallo Pinheiro leisure campaign during the quarantine period has now been converted into a member of the “Sardine by Bordallo Pinheiro” family. All proceeds from its sale will revert to the SNS (Portuguese healthcare system), by purchasing the most essential equipment. A contribution from the brand to the well-being of all, in this difficult phase we are currently living through. Designer: Andreia Baltazar
$0.00 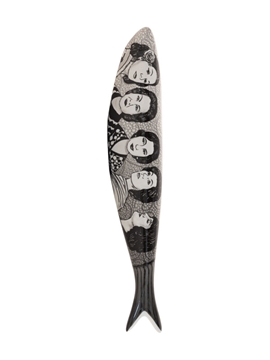 Carminho creates a sardine inspired by her family history and culture. A curation of Fado women who were present in her training, but also some of the most relevant in Fado history. These are ten women who have already left but who have left behind an incalculable legacy and cultural heritage. Front: Hermínia Silva, Berta Cardoso, Maria Teresa de Noronha, Lucília do Carmo, Amália Rodrigues Back: Celeste Rodrigues, Argentina Santos, Maria José da Guia, Beatriz da Conceição, Ana Rosmaninho Designer: Carminho
$55.00 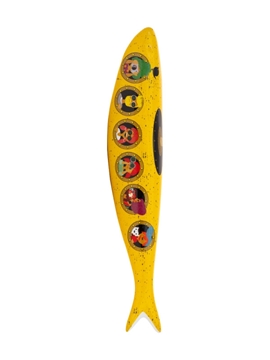 In the year of the 50th anniversary of the Beatles’ album “Yellow Submarine”, it is only fair to pay tribute to it, using our greatest icon, which is also yellow: the electric streetcar number 28. More and more a symbol of how Lisbon has become a world city. Only these two made me like yellow! Designer: Alexandra Mendes
$55.00 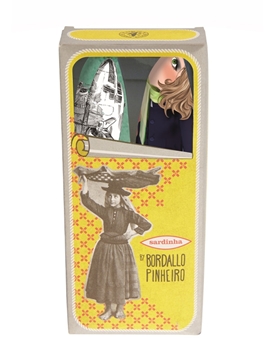 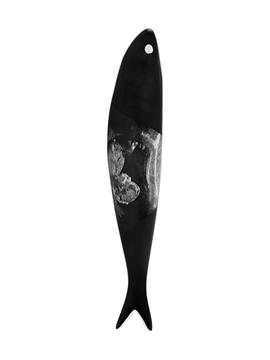 Sorry I had to be the one to break the news, but it was never the storks that brought babies home. Deal with it. Designer: Nilton
$55.00 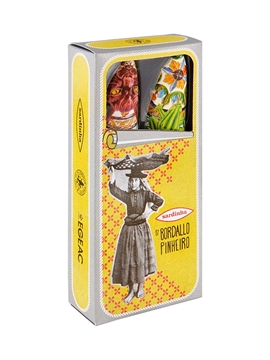 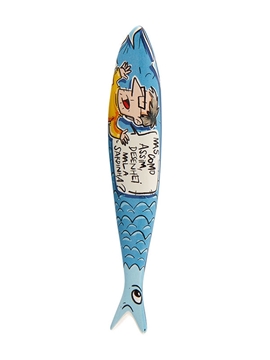 “Sardabisco”, or sketchy sardine, is the mix of a sardine and a sketch. Designer: Nuno Markl
$55.00 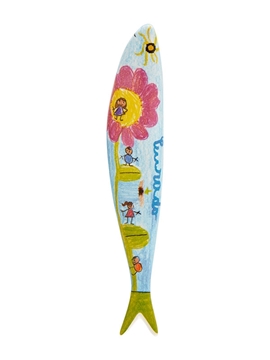 Sardinha appeared naked at the hospital, saying she needed new clothes. All the children created several outfits and had so much fun, they even forgot that they were in the hospital. They were happy to design Sardinha’s new closet. “I love drawing flowers, so I dressed up sardine with a big flower.” Designer: Chualgarve - Pediatria Unidade Portimão
$55.00 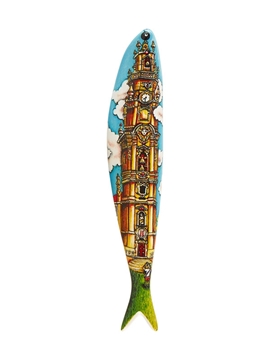 The Clérigos tower, the most beautiful and tallest bell tower, is one of the ex-libris of the city of Porto. From the top of its 75 meters, after an athletic climb of 225 steps, visitors can enjoy a breathtaking panoramic view over the city. Designer: Ana Sofia Gonçalves
$55.00 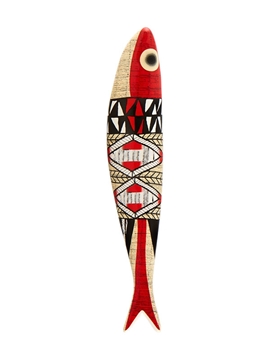 Inspired by the graphic motifs that the Indians use on their bodies, blending with the wefts of the straw they produce. Designer: Chicô Gouvêa
$55.00 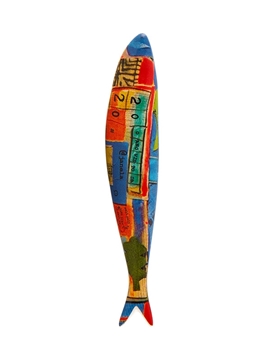